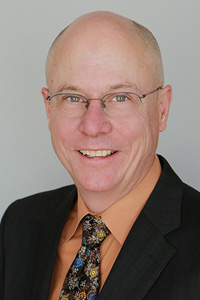 David believes in the enduring value of craftsmanship. He is driven by a commitment to the development of a holistic structure of innovation, organization, and service. Surviving his first entrepreneurial venture at the age of 11 (wiring a lightbulb at his uncle’s house) sparked a lifetime zeal for making things work. David’s infectious passion for problem-solving attracts innovative people who form the core team at DCA, delivering solutions to a wide breadth of clients, from enterprise AV to post-production, recording studios, television, government, medical, and education. With over 40 years in the AV industry, David has become a proven expert in IP networking, facility design and space planning, systems engineering, and digital audio and video technologies. David loves spending time with his family at the beach or hiking in the mountains and plays in a rock band. 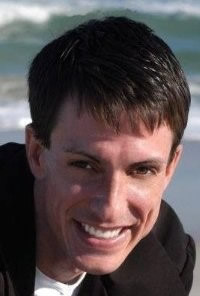 Michael creates and maintains standards at DCA based on his commitment to financial responsibility and process integrity. He succeeds by fostering collaborative partnerships both internally and externally. He believes that diversity within the company is a core strength.

Michael has a passion for entrepreneurship. He held the position of CFO at a specialty contractor, as well as founding his own national retail services chain. As a former business owner, Michael embraces the dynamic growth environment at DCA.

Personally, Michael enjoys a large circle of friends in his neighborhood and loves creative endeavors such as stained glass, cooking, reupholstering furniture and creating one of a kind art. 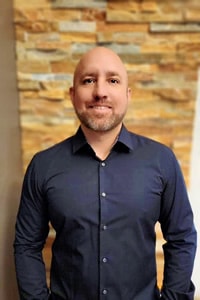 Mark began his journey in the audio and video industry with a degree in Recording Arts from Full Sail University. He was given an internship at Circle House Studios in Miami FL where he was an engineer and assistant engineer for 2 years. This path progressed to full-time engineering for artist/producer Lil Jon for 8 years. During this time he was a four-time Grammy nominee and two-time Grammy winner.

Mark’s focus turned to video with Evertz initially as a service tech. He spent two years in this position before migrating to a sales role and finally acting as Director of West Coast Sales and Service for the west coast at Evertz.

The next step in his career was a move to act as a business development manager with David Carroll and Associates. “DCA and Evertz collaborated on a high-end corporate 2110 based production system and the process of working with DCA was world-class,” said Vinten. “I was able to personally see the execution of the company and website tag lines. The company’s strength lies in these words, and they ring true thru all of its actions: Integrity, Expertise, Passion, Partnership.”

Mark’s keys to success.. “staying focued, visualizing progression, working hard, and believing in yourself and your team are the avenue to advancing both yourself and those around you.”

A resident of Nothern San Diego, Mark enjoys the variety of outdoor activities in the area and the amazing weather but also enjoys time spent with his wife on the little things as they watch their boys grow. Mark still frequents the garage recording studio, but for fun and some relaxation.

“I look forward to a broader range of how I can assist customers and partners in meeting their goals with technology design and its implementation.” 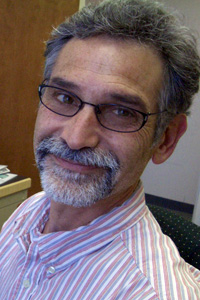 Stuart Rosenthal is the man! He is passionate about understanding his clients’ needs and crafting solutions to help them succeed.

His extensive production background gives him special insight into your needs, which he conveys to the project fulfillment team.

Stuart attended the University of New Mexico, College of Fine Arts. He has over 25 years of facility design and operations experience at regional television and public radio stations including the Alaska Public Radio Network, National Public Radio and the McNeil Lehrer News Hour. He continues to work as an independent recording engineer and producer with a specialty in classical music recording, for which he has contributed to numerous Grammy Award nominated productions. When not working, Stuart enjoys bicycling, hiking, swimming, yoga, cooking, and the little-known sport of skijoring – snow skiing behind his dogs when he returns to snow country! 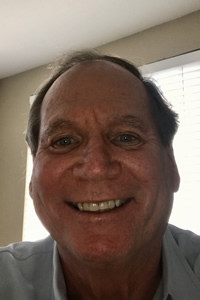 Jeff has spent the last 25 years providing audiovisual solutions for over 700 projects. Working within business, government, medical, and educational fields has allowed Jeff to gain a perspective of each entity’s demands. He recommends only solutions that are robust, expandable, scalable, and adaptable to evolving technology so investments provide continual years of benefits. These solutions are reliable and operate with ease, giving clients dependable everyday tools to assist them as they navigate their unique business challenges. Seamlessly integrating into and supporting the IT environment, positions the audiovisual systems capability to enhance the company’s message. Offering experience as a guide, clients can be assured from the moment they start working with Jeff, he will put their interest above all else. Getting it right the first time is achieved by fully understanding the client’s needs and requirements.

Maria holds the integrity of DCA’s client relationships as her top priority, and is driven to keep your systems humming! She has an enduring, can-do attitude that positively impacts every situation.

She has valuable expertise in engineering support for video production and post production, and has operated her own IT support service. Her field experience gives her an awareness of how to perform under pressure, and enables her to prioritize an action plan for maximum results.

When she is not solving problems, Maria lives on a farm, where she gardens and enjoys her family and animal friends. 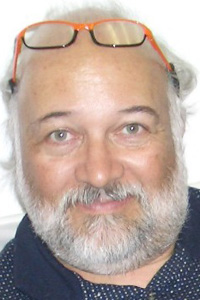 John brings broad industry knowledge and technical design chops to each project, and is committed to optimizing designs to fulfill his clients’ vision. He digs deep into clients’ requirements so he knows exactly what they expect a system to accomplish.

Prior to joining DCA, John was an engineer at Lucasfilm, where he was integrally involved in the installation of dubbing stages, screening rooms and a recording studio at the Skywalker Ranch Technical Building. His work at Lucasfilm gave him a wide range of experience in AV infrastructure and data network implementation.

When not working, he mixes live sound, plays piano in a band with David Carroll and SCUBA dives when time allows. 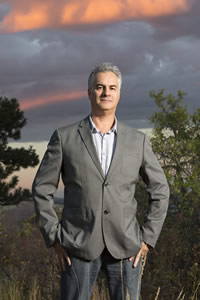 As an Emmy Award-winning pioneer in media networking, our lead media network architect Kevin Gross brings deep knowledge and expertise in the latest developments in AV over IP technology to the DCA team. He is a recognized expert at the intersection of real-time media and networking. Kevin has worked in multiple standards bodies including IEEE where he participated in AVB development, IETF where he has authored several RFCs, and AES where he led the group that produced the AES67 standard. Kevin conceived and developed CobraNet, helped build the first configurable audio DSP system and develop early DAW products. He has had a hand in the systems and network design in many projects utilizing CobraNet such as Wembley Stadium, The U.S. Senate, the 2000 Olympics in Sydney, and theme parks such as Disney’s Animal Kingdom and Tokyo DisneySea. Kevin holds several patents, has written papers and articles, and presented on numerous AV networking topics. In 2006 he was awarded an AES fellowship for his contributions to digital audio networking. Before audio networking, Kevin worked at WaveFrame Corp. and helped develop an Oscar award-winning digital audio recording and editing system and at Peak Audio, Inc. developing and managing early deployments of Peavey’s MediaMatrix digital signal processing system. 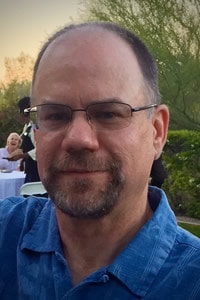 Alan got the tech bug early in life by building Heathkit amateur radios for his dad. He got his start in video as an intern shooting live bands for the local cable company. From launching E! TV to being part of the DCA engineering team that pioneered uncompressed video of IP at leading Bay Area tech companies. Whether
designing systems, maintaining systems he’s built or performing the duties of engineer in charge for live productions, Alan is driven by implementing cutting edge
media technologies.

From supporting Editdroid at Lucasfilm, the revolutionary nonlinear film editor in LA, to twelve years as the Sr. Video Engineer at Skywalker Ranch, Alan has been an active part of the evolution of film, video and media technologies. After leaving Lucasfilm he was the Chief Engineer at Video Arts in San Francisco supervising the tech staff supporting post finishing for independent feature films.

In between stints in post-production he decided to switch gears and go back to live support. As an engineer for NEP Alan supported many A list live productions, covering such events as the Academy Awards and the Super Bowl. 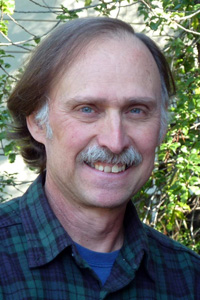 One of the firm’s key engineers and programmers, Dennis Fortin brings more than 20 years of programming experience to the DCA team. Dennis works as a software design engineer, working to make sure that the vision our customers give us becomes reality.

Dennis joined DCA in 2005, where he took on a key role in completing a large project for Ball State University’s Music Instruction Building. Since then, he has undertaken AV control systems programming, user interface design, documentation, auditing, Windows and Linux applications and QA testing for our clients.