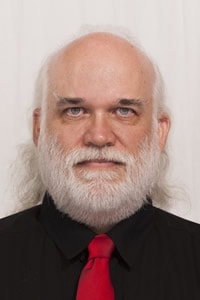 Marty Brenneis started his path in the AV world in 8th grade when the Berkeley School District issued him a Sony black and white camera and portable reel to reel video reorder to shoot material for the district. In High school he did his first AV integration job by building a TV studio for the school. That also introduced Marty to the world of theatre and the life of a stagehand.

After a couple of years at the College of San Mateo Electronics Technology program he landed at Industrial Light and Magic in San Rafael to work on The Empire Strikes Back. At ILM Marty was part of the team inventing many techniques and custom equipment used for visual effects production. During that time Marty would also work with a small team at ILM who were working out ways to do visual effects with computers. For 26 years Marty floated between various teams in the Lucasfilm Group providing technical support to artists in many fields.

Along the way Marty also got involved in webcasting and that took him back to the video production roots. As a member of IATSE Local 16 he has worked in many different technical positions for tradeshows, theatrical production and film production. In 2016 Marty was the lead engineer for the webcasting for the Democratic Convention in Philadelphia.

In joining DCA Marty brings years of operating experience to the design process. He has the attitude that he might actually have to sit in the chair and do the job that the systems are being built for. 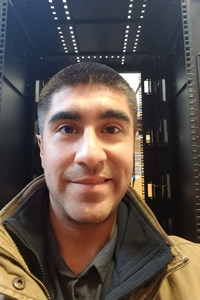 David has an intimate understanding of the AV needs and expectations of Silicon Valley/Bay Area tech giants, as well as a strong background in operations architecture and standards development. He has held positions of lead field technician for Coitcom at Apple, Technical Operations at Whitlock, Operations Manager at Thresher, among others. With a Bachelor’s degree in Business Management and Economics from UC Santa Cruz, David is passionately involved in community organizing and civic governance within Alameda County. Oh, and fishing in the middle of Winter on Lake Tahoe? Yes please! 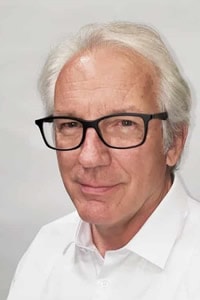 Greg Kirkland has been responsible for designing, installing, and programming audio systems in world-class performance venues, as well as engineering, live shows throughout the world for over 30 years. In that time, international projects have taken Greg throughout Europe, the Middle East, and Asia. He has mixed concert tours for Liza Minnelli, Andy Williams, Burt Bacharach, Julie Andrews, Rosemary Clooney, and Creedence Clearwater Revisited, among others.

As a founding partner of Thomas Gregor Associates, Kirkland designed and programmed audio systems and oversaw the production of the companies larger and more complex projects for clients including the Academy of Motion Picture Arts and Sciences, Boeing, Universal Studios, and Cedars Sinai to name a few.

In the cruise industry, Greg has been involved in dozens of cruise ship new-builds and refits in various capacities including systems designer, engineer, programmer, and commissioning team member. His company, Thomas Gregor Associates, was awarded the 2006 ARCHI-TECH magazine Award for Princess Cruise’s highly successful industry-first Movies Under The Stars outdoor cinema venue. Kirkland also was chief design engineer for each Grand Class cruise ship for Princess Cruises and was responsible for the groundbreaking design and implementation of the initial shipwide all-digital audio distribution network – a first in the industry. Greg also provided audio systems design & engineering along with the programming of ship-wide Media Matrix Network DSP and later QSC Q-SYS DSP Matrix control systems. He also performed the tuning and alignment of all on-board audio systems for the majority of the Princess Grand Class ships. At FUNA Kirkland served on the design team for the Disney Dream and Fantasy along with several superyacht projects. Kirkland is a Level 2 QSC Q-Sys Programmer.

Further, he has designed and installed systems for several Las Vegas venues including The Stardust Hotel, Sam’s Town Resort, and the Las Vegas Academy for the Performing Arts.